Cookie Policy We use our own or third-party cookies to offer the best navigating experience and service. If you continue navigating, it will be understood that you accept our Cookies Policy
accept
The Store Blog
Returns and Exchanges:
90 calendar days
BLOG | NEWS | 26 April 2016

by  |  Leave your comment
Ueli Steck and German David Goettler have nearly reached base camp of Shisha Pangma, where they plan to open a new route on the south face of the mountain. 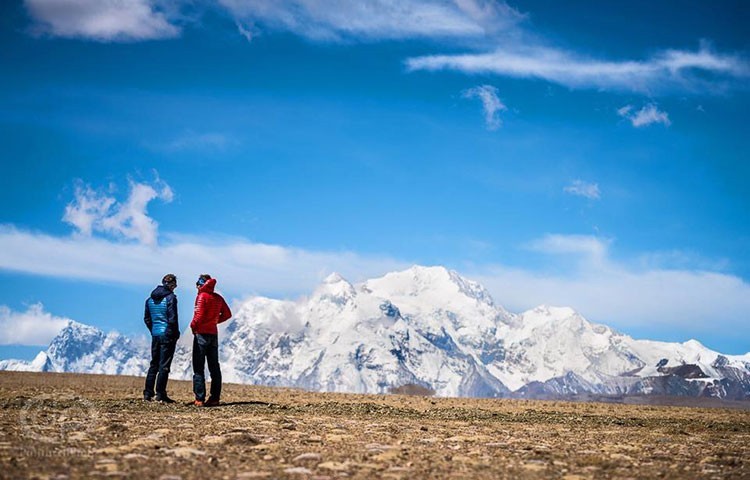 Ueli Steck and David Goettler face to face with Shisha Pangma
Ueli Steckâthe Swiss Machineâand German alpinist David Goettler have nearly reached base camp of Shisha Pangma (8046m), where they plan to open a new route on the south face of the mountain, in Alpine Speed Climbing style.

This historical wall is alpine style territory and where, in 2011, Ueli Steck achieved one of his first great Himalayan climbs, when he reached the summit of this mountain after 10.5 hours non-stop solo climbing from base camp. During that climb he discovered another route, which he described as âa 2000m direct line that began just above the glacier zoneâ. And five years later, after several weeks acclimatizing in the Khumbu valley, heâs ready to try to open this route, with another fast, expert alpinist, David Goettler.

Acclimatizing in the Khumbu Valley - Three Passes in 12:46 Hrs.

The speed with which Ueli Steck climbs means itâs essential to fully acclimatize before starting the climb. For some years, his preferred acclimatization area is in the Khumbu valley, where he spends several weeks prior to his Himalayan speed climbing ascents.

Steckâs acclimatization program is remarkable. He begins doing runs along the Khumbu valley and then he usually goes to Island Peak. He starts by climbing and descending quickly, in a day. As Steck describes, âYesterday we went from Chuking to Island Peak (6189m) and descended. 20Km and 1700m vertical. Little by little, weâre beginning to acclimatize.â This is often accompanied by spending a couple of nights on the peak or on a plateau just below the pyramid summit, at six thousand metres or more. And this year was no exception.

This year David Goettler and Ueli decided to give the final touch to their preparation program by taking on the three famous passes of Chuckung-Kongmala-Chola-Renjola-Namchebazar. However, while most trekkers and mountaineers need four days of hard trekking to cross this high-altitude 60km route, with over 3,169m positive height gain and three passes, Ueli Steck and David Goettler completed it in just 12:46 hours. This is certainly an impressive time for acclimatization and clearly indicates the level of physical condition acquired during their weeks of activity in the Khumbu valley.

Keep following the Barrabes blog to find updates on Steck and Goettler's expedition. 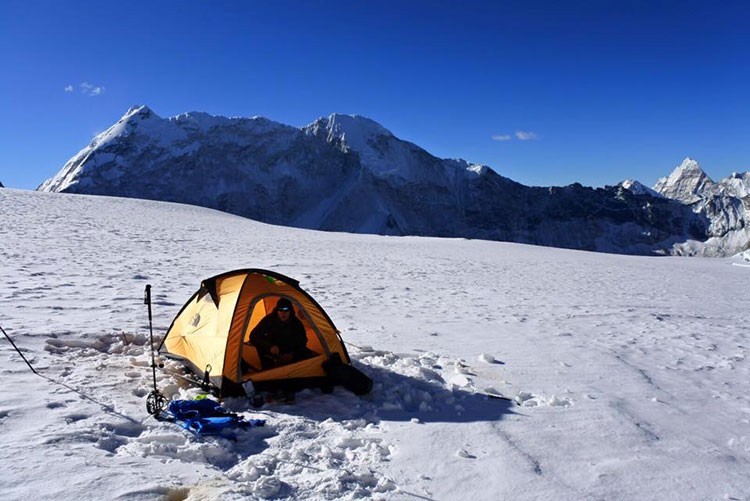