Cookie Policy We use our own or third-party cookies to offer the best navigating experience and service. If you continue navigating, it will be understood that you accept our Cookies Policy
accept
The Store Blog
Returns and Exchanges:
90 calendar days
BLOG | NEWS | 29 April 2016

by Barrabes  |  Leave your comment
In February, a female climbing duo, climbed the legendary Riders of the Storm on the Torre Central del Paine. 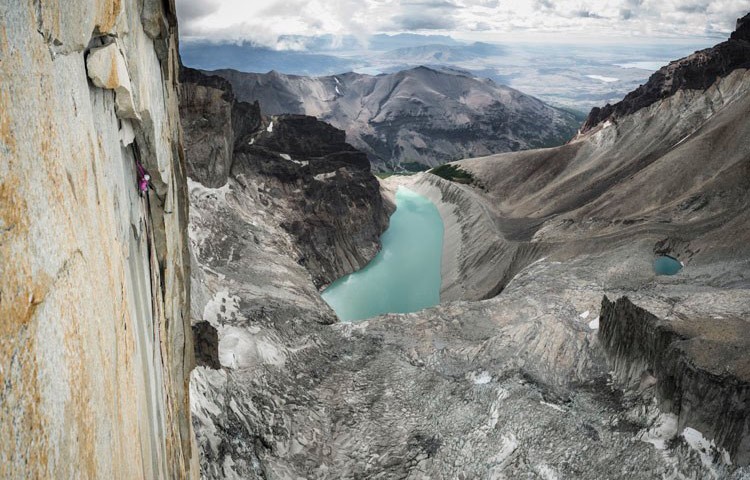 The staggering 1300m 7c A3 climb crosses the east face of the Torre Central del Paine. Adidas Outdoor, the sponsor of Mayan Smith-Gobat, has published a four-part filmed by Thomas Senf, who accompanied them on the climb.

This extremely demanding and varied climb includes delicate face climbs, off-width cracks and overhangs, which in most cases are covered with ice. The notorious weather conditions of the area are also the cause of strong winds and humidity from the ocean.

This was the 5th repetition of Riders on the Storm and the first all-female climb and they came very close to freeing the whole route: they managed to free the two upper pitches for the first time and found a variation for five aid pitches. Only four lower pitches remain without a redpoint.

The two climbers, together with their photographer, cameraman and climber, Thomas Senf, spent 3 weeks living from their portaledge on the wall and 15 days of effective climbing.