by Barrabes  |  Leave your comment
Since their appearance, over 20 years ago, the world of micro-cams has been monopolized by CCH Alien Cams. They functioned, simply at another level. Cams were also made by other brands, but just didn't compare.


The search was on for alternatives, and manufacturers designed cams with smaller parts (zero) or different systems (ball nuts) that would serve as a complement for the coveted Aliens. But the death of David Leon Waggoner, creator and craftsman of the Alien cams, would mean that they would leave the market for several years to come.

As a result, this led to a small tidal wave of new micro-cams, which would try to fill the gap and replace the Aliens. But Black Diamond was not to participate in that race and even though it looked that way with the C3 camalots, rather than a substitute these were a specific complement. Then the Aliens returned as a Made in Spain product and suddenly they had competition. But the new X4 would still take some time to appear. Black Diamond took their time to develop a true alternative that would be able to compete with the placement capacity of the Aliens and at the same time improve their weak point: durability.

At last, after a small marketing campaign, they appeared last year: when you first hold them they seem better finished than any other model, are very comfortable to hold and have a number of details that really attracted our attention:

Their huge expansion range means the whole set consists of just 6 pieces which cover the 8 to 40mm range.

The transmission between the trigger and the wire/textile cables uses the same system as the Aliens; a sheath covering the stem, but the X4 uses aluminium armour beads instead, which give a powerful impression.

The head consists of the set of axles, cams, springs, trigger & trigger wires. As the X4 comes with 2 kinds of heads, we''ll talk about each type separately.

The shaft holds a single braided-steel cable which is fused to the head and well attached to the trigger. It''s notably longer than the shaft on the C4, a braided steel sheath protected by a series of aluminium beads, which are able to roll over the rock edge as they are placed, so that the cam is much more effective. If this system proves to be functional and durable, we will no doubt see it again on future models. 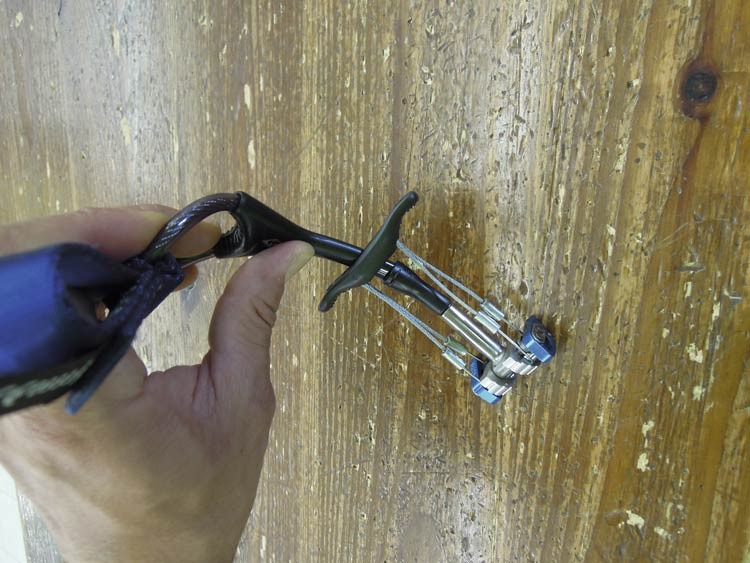 We should also mention that this metal âsnake-skinâ piece is attached at both ends to a metal piece, which is a great advantage.

The ring that is gripped by the thumb offers the best finishing we''ve ever seen on micro-cams. Combined with the trigger it is simply more comfortable than any other and is more solid, due to the ergonomic triangular piece made of forged steel, so the whole unit is therefore superior.

Finally, the wide webbing and stitching is the same as on the C4, but this time it''s made of dyneema; a durable and reliable strap. Its length is also the same and long enough for long, straight cracks.

IN GENERAL
The colour coding is the same as on the C4 cams, but the X4 cams have coloured cables as well as the slings.

Thanks to their flexibility and narrower design many will prefer to swap them directly for their C4 cams. Although this flexibility means they sometimes twist a little when placed, the placement possibilities are much greater and they perform better in any position, except in the optimum position, where the C4s are more stable, but this is only noticeable in the larger sizes. In this range, the C4s are only superior on very soft rock where the thickness of the cams is influential. br> As we said, they perform very well and it would be no surprise if the C4 take on the innovative features of the X4.
In our field test, we considered their comparative efficiency.
While using the cams, we noted several interesting differences. 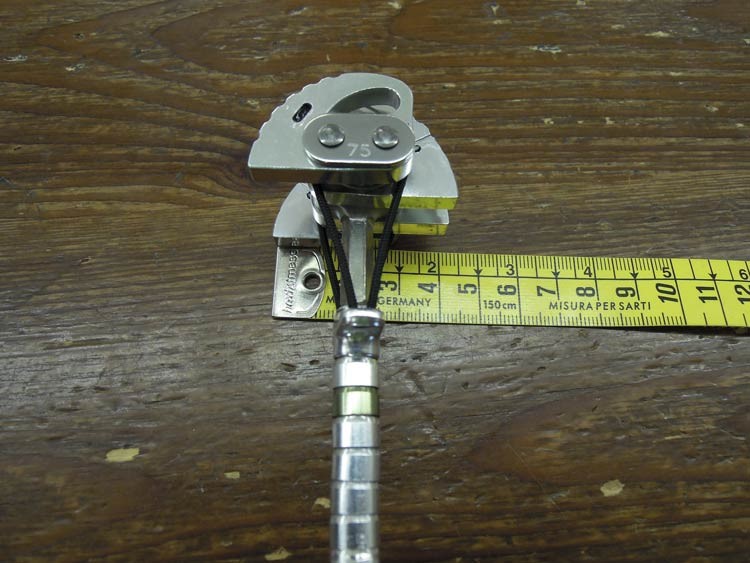 PRACTICAL CONCLUSIONS
We must accept, of course, that climbers have their own preferences and favourites as far as choosing cams is concerned.

To carry out this test, we were faced with certain complications. Their main interest is obviously how they compare to the other micro-cams on the market, so we would have to compare them with the top range of micro-cams, using the same or similar sizes, such as the Dragon, C4, C3, Alien & Master ca